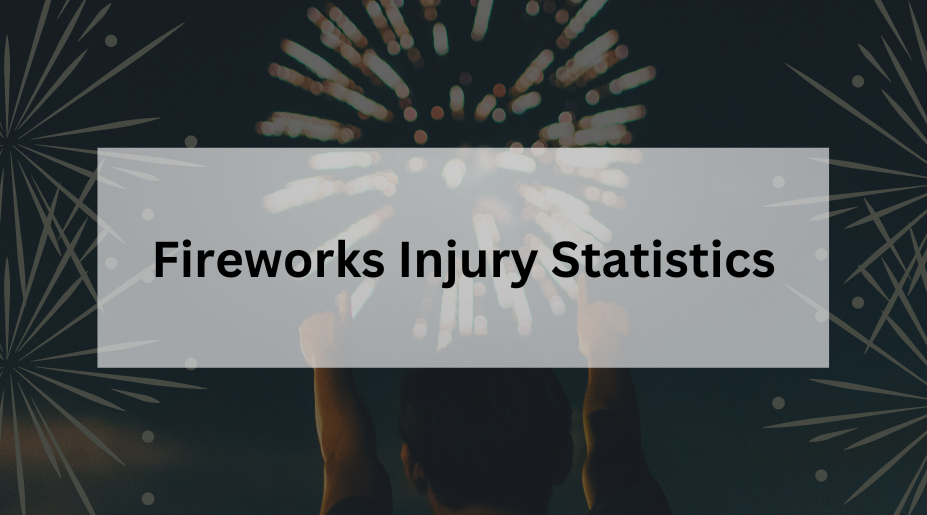 Fireworks injuries, however, have been on a downtrend when compared to the year prior. In 2020, fireworks fatalities reached 15,600. In the long run, firework injuries have increased by 25% between 2006 to 2021.

The data and statistics in this article are taken from the 2021 Fireworks Annual Report of the Consumer Product Safety Commission and the Prevent Blindness organization.

How Dangerous are Fireworks? 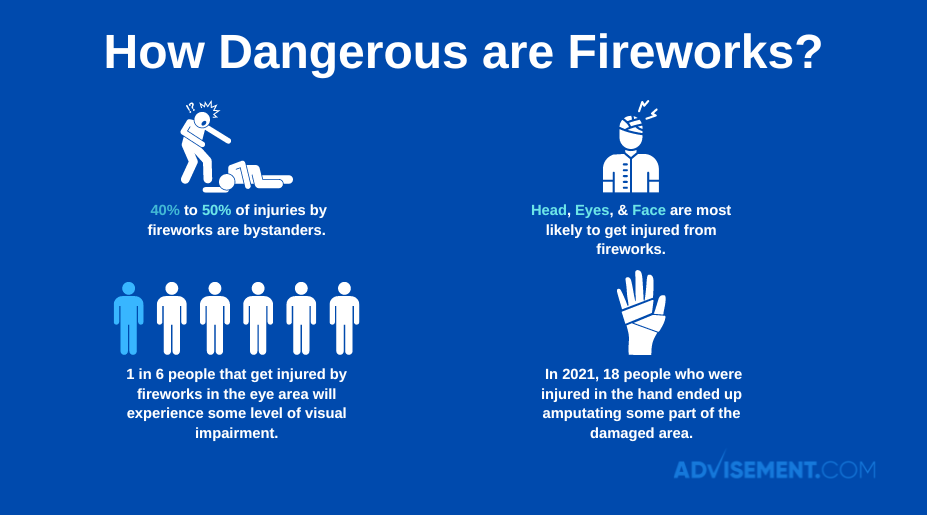 Firework injuries are more common among younger generations. Such injuries are more likely to affect children and teens than other ages. Statistics show that around 40% to 50% of those injured by fireworks are bystanders.

The parts of the body that are most likely to get injured from fireworks are the head, eyes, and face. Fireworks are considered moderately dangerous, with 28% of all injuries being considered severe. 1 in 6 people that get injured by fireworks in the eye area will experience some level of visual impairment. In 2021, 18 people who were injured in the hand ended up amputating some part of the damaged area.

Ages 15 to 19 years olds were more likely to get injured by a firework accident. About 36% of all fireworks injuries were under the age of 15. Children ages 0 to 4 years old had the highest rate of emergency department visits out of all age groups.

Males were the most prone to get involved in firework-related injuries. Statistics show that 75.1% of all people involved in a firework accident were male. 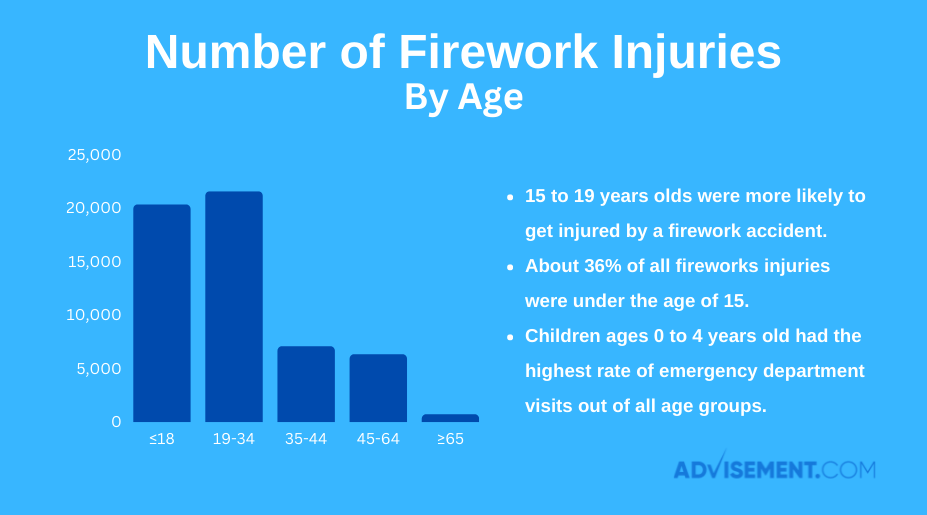 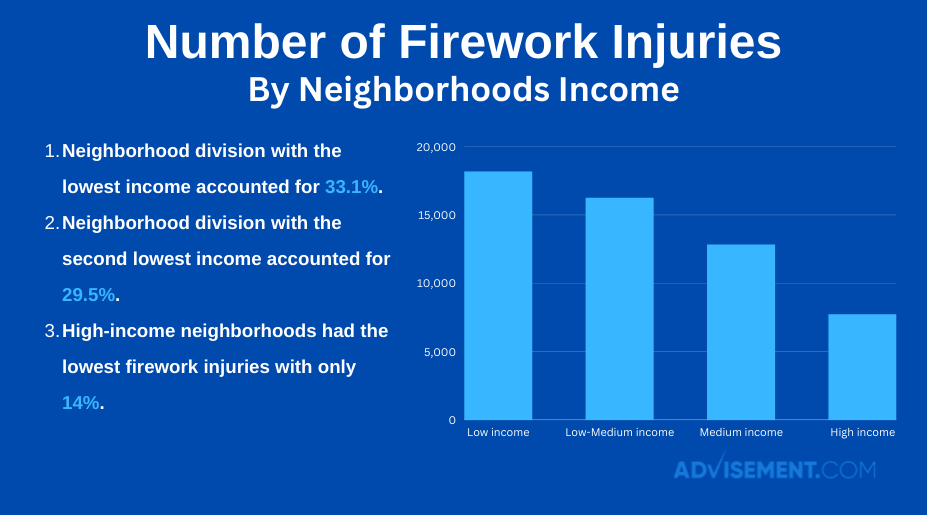 Firework injuries are more common in the Midwest and the South region of the U.S. The West and the Northeast have the lowest number of fireworks injuries. 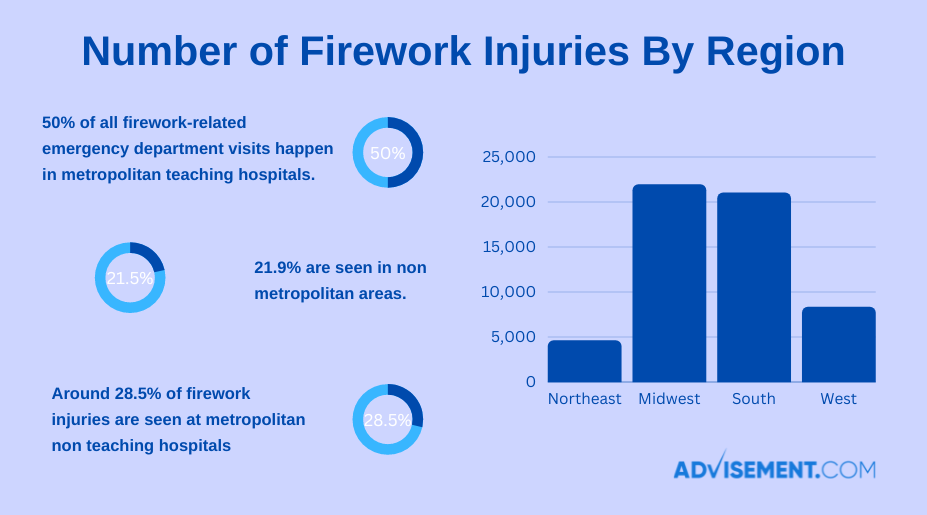 The Fourth of July and New Year’s Eve and New Year’s Day remain the most dominant holidays for firework injuries to occur. That is demonstrated clearly by the rise of fireworks injuries in December/January and June/July in the chart below: 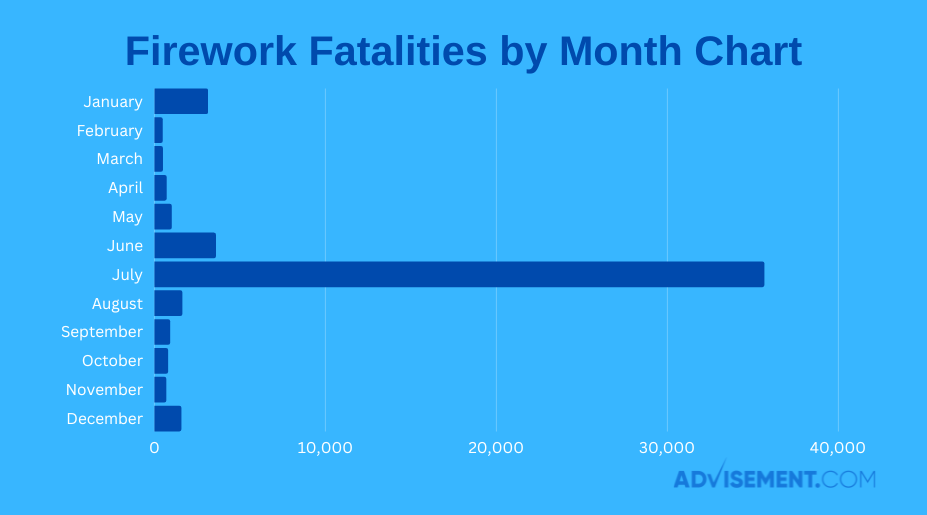 Firework injuries that happen around the top of the head, neck, and eye area were the likeliest to occur with 70% of firework injury patients coming to the emergency department to treat their upper extremities. The second most common body part to get affected are the hands–accounting for 46.6% of all firework injuries. 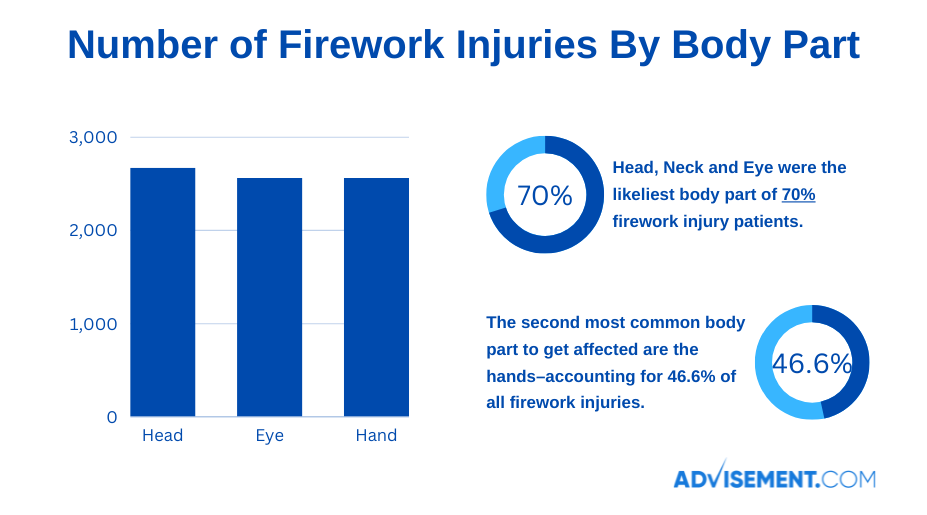 Fireworks can be extremely dangerous and should be handled with great caution. The best way to use these safely is to have another adult nearby at all times while they are being set up.

Make sure that you have an area designated for their use, far away from anyone who might be harmed if things go wrong. Children and animals should both be kept out of the area until the displays have been completed so that everyone can be safe.