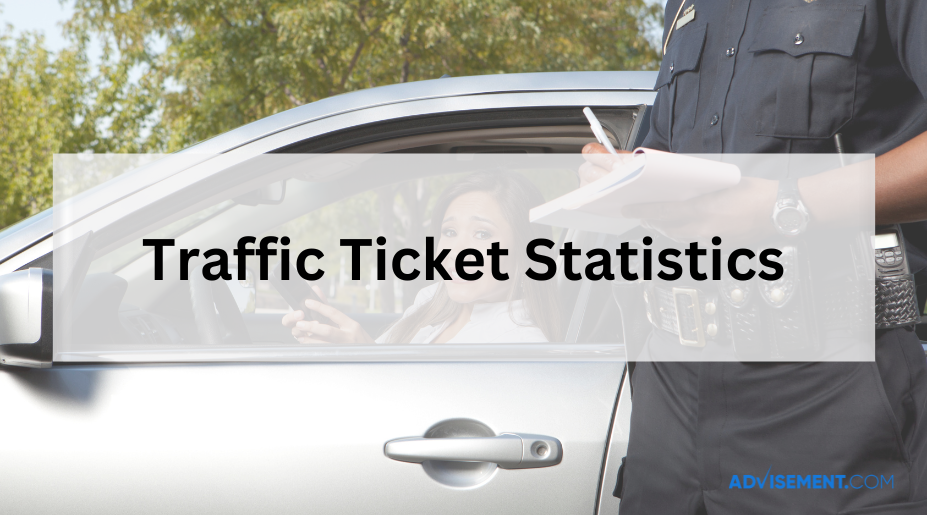 Millions of traffic tickets are issued every year in the U.S. The average cost per traffic ticket is around $150. Depending on the offense and jurisdiction, however, this amount can often exceed this average. Traffic tickets generate billions of dollars a year nationwide.

With over 230 million licensed drivers in the U.S, it comes as no surprise that some of them fail to follow the law when riding a vehicle. The following data taken from the National Highway Traffic Safety Administration shows the traffic ticket situation across the U.S. in recent years. 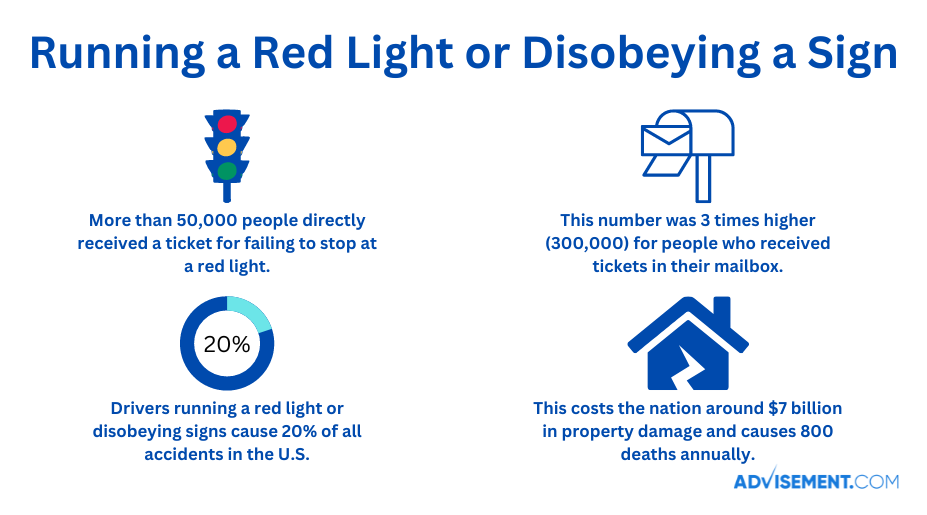 The number of tickets that are given out as a result of a red light stop has significantly increased in the past years. The main reason for this is because of the advancement of technology. Red light cameras can quickly detect if someone disobeys traffic lights.

According to the Florida Department of Highway Safety and Motor Vehicles, more than 50,000 people directly received a ticket for failing to stop at a red light. This number, however, was 3 times higher (300,000) for people who received tickets in their mailbox after being caught by a red light camera. Drivers running a red light or disobeying signs cause 20% of all accidents in the U.S. This costs the nation around $7 billion in property damage and causes 800 deaths annually.

How much does a ticket for running a light cost?

How much does a cell phone violation cost? 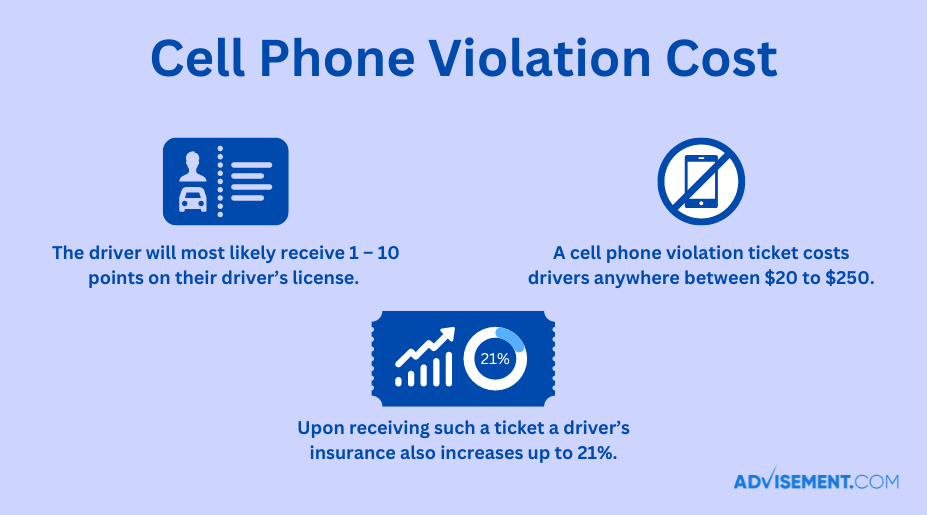 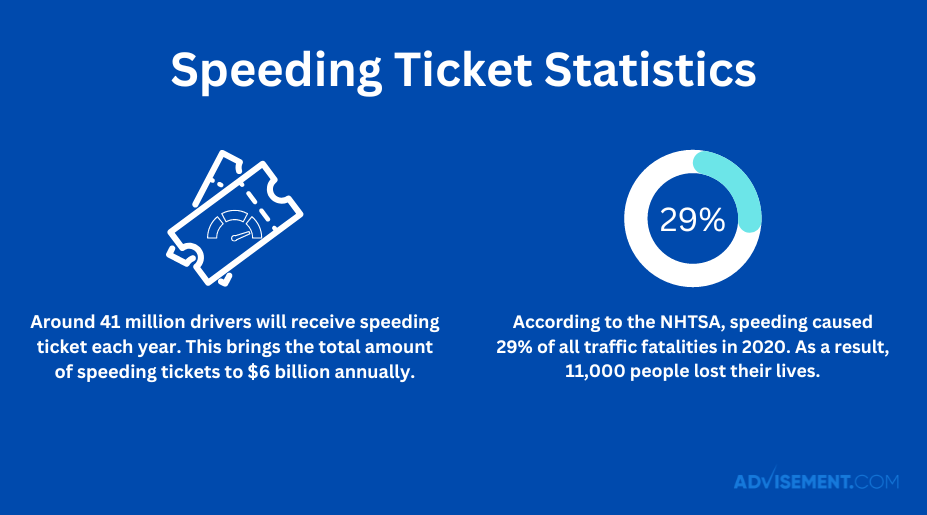 The cost of the ticket depends on the location where the driver was speeding. Speeding tickets are likely to be higher if the driver was spreading in a school area or near a construction site for example. According to the NHTSA, speeding caused 29% of all traffic fatalities in 2020. As a result, 11,000 people lost their lives.

How much does a speeding ticket cost?

A speeding ticket can cost anywhere between $25 to $1000. Upon receiving a ticket, the driver will most likely receive 1 – 75 points (depending on the state) on their driver’s license. These points can stay on a license for at least 3 years up to 11 years. A speeding ticket can also increase a driver’s insurance up to 22%.

Driving under the influence 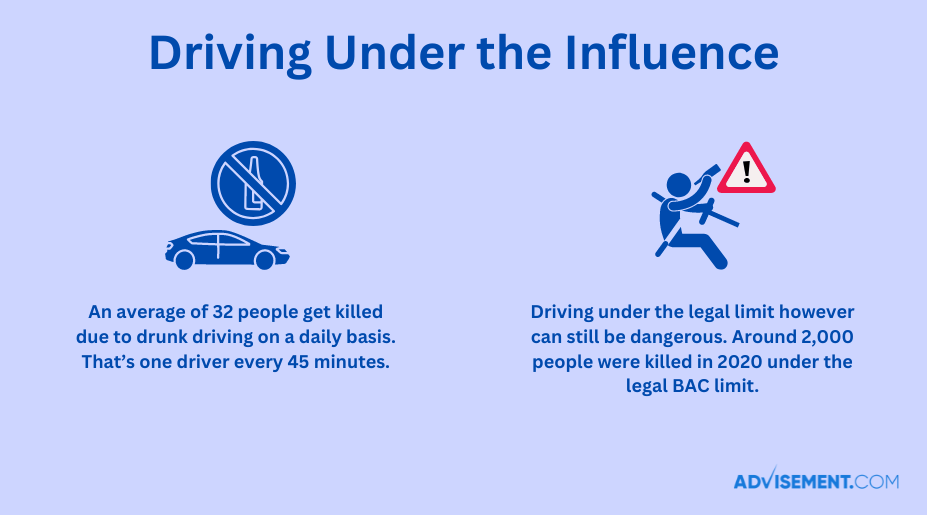 An average of 32 people get killed due to drunk driving on a daily basis. That’s one driver every 45 minutes. NHTSA statistics show that these numbers are currently on an uptrend. A BAC of 0.8 can get you arrested in most states. Driving under the legal limit however can still be dangerous. Around 2,000 people were killed in 2020 even though the driver was under the legal BAC limit.

The good news is that the number of accidents is way down due to anti-speeding campaigns, better car safety features, and stricter laws. Of course, it would be great if we could do away with all traffic tickets forever, but that looks unlikely.

It’s hard to ignore a multi-billion dollar industry after all. But with higher traffic ticket stats like these, I think we can at least feel a little bit better about the situation. No one likes getting a speeding ticket, but let’s try to keep things in perspective.