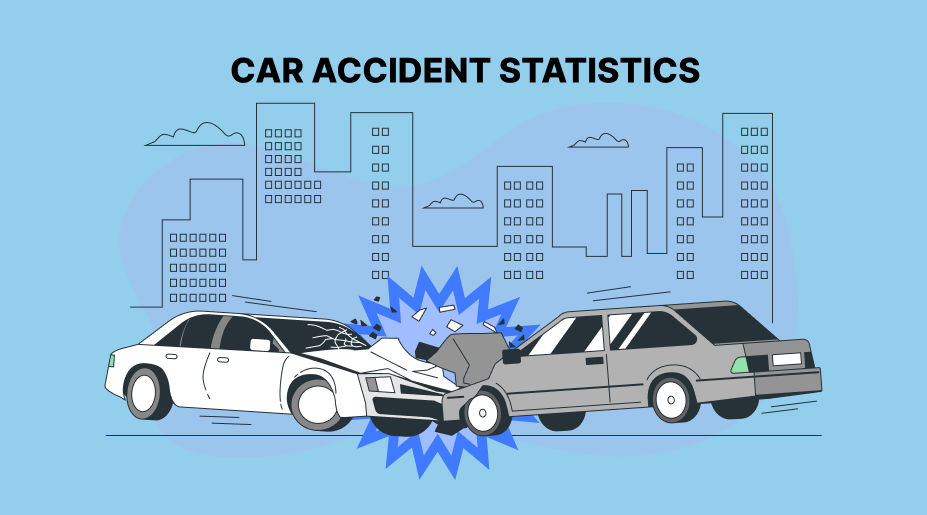 A car accident happens when one vehicle collides with another, with a person, an animal, road debris, or another stationary object, such as a tree, pole, or a structure. Car accidents frequently result in injury, disability, death, and property damage, as well as societal and individual financial expenses.

Car accidents can result in property loss, bodily harm, or death. Over 36,000 individuals died in automobile accidents in 2018, according to the National Highway Traffic Safety Administration (NHTSA). Despite a 2.4 percent drop from the previous year, distracted driving, intoxicated driving, and vehicle faults cause thousands of accidents in the United States every day.

Everything you need to know about vehicle accidents in the United States is right here.

Knowing fully well that automobile insurance is a vital necessity in 49 states of the federation, most motorists prefer to drive around without it. According to the Insurance Research Council (IRC), there is an increase in the number of uninsured motorists by state, spanning from 25.5 percent in Michigan to 16.6% of all motorists in California. Based on the most recent available data by IRC, approximately 12.6% of motorists in the United States do not have insurance in the year 2019, even though insurance is a basic requirement for automobile registration in practically all states.

While the number of uninsured drivers has been increasing in some states, others have maintained an appreciable low percentage. Interestingly, New Jersey had the lowest at 3.1%, followed by Massachusetts at 3.5%.

Do you care to know the current statistics of uninsured motorists in the United States? If yes, fret no more. In this comprehensive article, we will uncover the uninsured motorist’s statistics, facts, and why it is beneficial to get insured to avoid penalties ranging from license revocation, fines, and vehicle impoundment, to a likely jail sentence.

What Is Uninsured Motorist Coverage?

If a motorist without insurance hits a pedestrian, uninsured motorist coverage compensates for your medical bills and related or direct costs. It sets in when the party involved is liable for your bodily injury or vehicle damage but doesn’t have the financial means to offset the bill.

Why Should You Consider an Uninsured Motorist Coverage?

Someone who drives may require it. You can never know whether or not the driver who hits you has enough insurance to cover your vehicle damage and physical injuries caused to you. For safety reasons, we recommend purchasing uninsured motorist coverage once you can pay for it. The protection (coverage) cost is typically less expensive than other insurance types, which can help you avoid getting into a financial bind.

But have you asked yourself, what are the chances of being involved in a car accident caused by an uninsured driver? It’s much more probable than you might believe. As shown in a 2021 report by IRC, 12.6% of motorists, or one in every eight drivers, were not insured in 2019. In 2017, the percentage reached a surprising nine-year high of 13.1%, but in 2019 and 2018, the value dropped to 12.6 percent.

After causing a collision with another car, don’t assume that all uninsured motorists will stop and apologize. Based on one AAA study, most hit-and-runs cases accounted for 11.7 percent of all accidents in 2015, and hit-and-run-related deaths have increased by an estimated value of 7.2 percent per year since 2009.

What Are the Consequences for Motorists Without Insurance?

Every federal law requires car owners to have liability insurance to use their motorways, and every neighboring state penalizes those who do not. Usually, the regulations differ from state to state, although they are generally quite stringent. The following are some of the most familiar disciplinary actions taken by states against uninsured drivers:

Note: Motorists will face these penalties and more if apprehended driving without auto insurance in Illinois. Remember, driving without liability insurance can cost thousands of dollars and prevent you from using Illinois roads.

Where Is Underinsured/Uninsured Motorist Coverage Mandatory?

There are mainly 20 states in the United States that necessitate Uninsured Motorist protection. The bodily injury type/form of the insurance is highly mandatory in these states. While some states don’t offer such coverage, other states require it. The list below comprises states that mandate UIM coverage;

To understand the limit ranges in the UMBI requirements above, take a look at the example below;

For instance, Johnson opted for a UMBI coverage limit of 25,000/50,000 in North Dakota. It means that the Insurance firm pays up to $25,000 per injured person and a maximum of $50,000 for all associated injuries in the accident.

What Is The Best Protection Against Uninsured Drivers?

Uninsured motorist protection (coverage) and collision insurance are the best ways to protect yourself from an uninsured driver. If a person is involved in an accident caused by a reckless, at-fault, non-insured driver, uninsured motorist coverage will protect you. Depending on the policy limits you choose, the insurance will cover all the associated costs of your injuries.

What Is The Average Number of Uninsured Motorists In The United States?

There are appropriately 215 million motorists in the United States, and an appreciable number of these populations are not insured.

The estimations below give the (%) data on the number of Uninsured Motorists in each of the states, according to the Insurance Research Council.

Statistics / Facts About The Uninsured Motorists

What Percentage of Minorities Are Uninsured Motorists?

According to the Insurance Research Council (IRC), out of the 209 million legally licensed drivers within the United States, a proportion of the uninsured motorist within this population fall into one of the categories below;

Do I Need Uninsured Motorists Coverage If I Have Health Insurance?

Since health insurance primarily covers medical treatment, individuals should strive to get Uninsured Motorists coverage. After all, an injured person deserves more than basic medical treatment in cases involving a serious car accident.

How Much Is Spent On Uninsured Motorists coverage?

Note: If you reside in any no-fault state within the country like Michigan or Florida, where personal injury protection (PIP) is compulsory, then you should not consider carrying an Uninsured Motorists Insurance (UIM). PIP offsets for all related injuries, regardless of whether the at-fault driver is insured.

What Happens If an Uninsured Driver hits me?

You could lose some no-claims incentives if an uninsured driver knocks you down. That’s because when there is no insurance policy for the absconded driver, your insurance firm would be responsible for paying the claim.

How does the Insurance Research Council Estimate the Number of Uninsured Motorists?

Can you afford to pay for expensive damage caused by another driver? With the detailed Uninsured Motorist Statistics and Facts covered, we believe this write-up addresses some of your initial worries. Ensure to remain a good citizen by paying for your Uninsured Motorist Coverage if you don’t have it, as it becomes beneficial when unforeseen mishaps occur.

Figures from the Bureau of Labor Statistics for Lawyers

Global Car Accident Statistics: How many people are killed in vehicle accidents per year?

U.S. Fatal Car Accident Statistics: How many people are killed in vehicle accidents in the United States each year?

Car Accidents and Teen Drivers: What age group is most likely to be involved in an automobile accident?

The Economic Impact of Car Accidents

Final Words: Regardless of the collision statistics, it is critical to observe the laws of the road and drive cautiously constantly. It is also critical to do a comprehensive examination of which automobiles have high safety ratings. Remember that automobile size and weight are major factors in the rear, front, and side-impact incidents. Also, keep in mind that automobiles and trucks frequently alter safety regulations and new technology, so seek the most recent updates from reputable consumer advocacy organizations on the safest vehicles on the road.