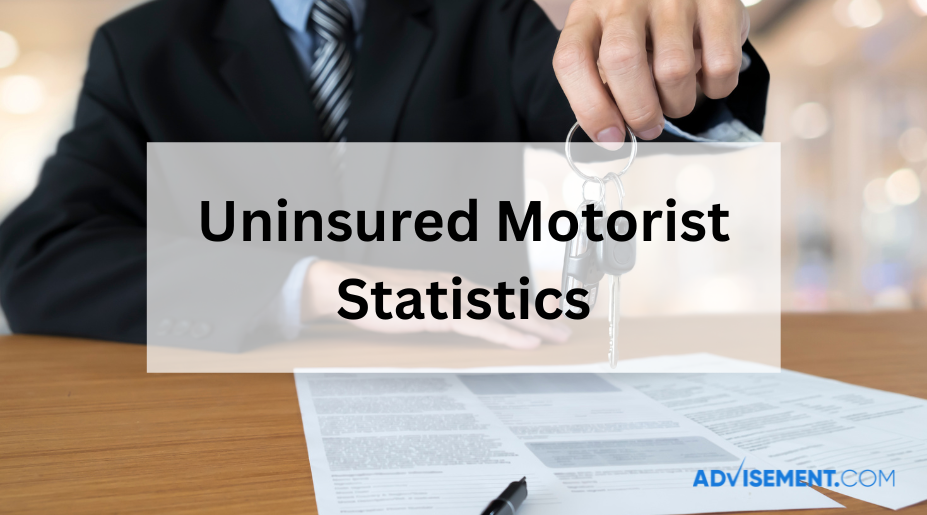 Auto insurance is required by law by the Department of Motor Vehicles in most states of the U.S. This coverage however, is not bought by everyone that owns or drives a car. Getting into a car accident with an uninsured driver can be detrimental. This is mainly because of the expensive out-of-pocket cost for repairs.

The number of uninsured drivers has dropped over time across the United States, but many motorists still fail to pay the minimums of auto insurance.

The following data and statistics are taken from databases including the National Association Of Insurance Commissioners, the International Rescue Committee and the Insurance Information Institute.

How many motorists are uninsured? 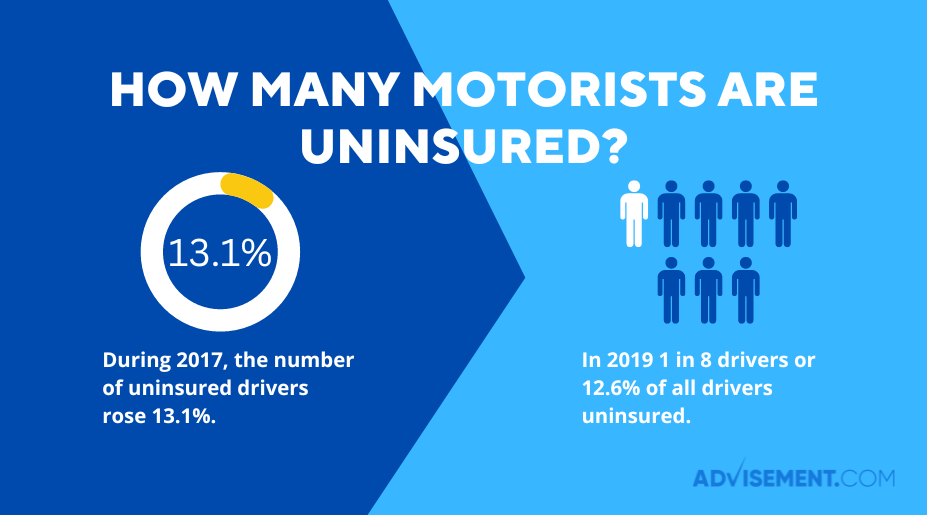 There are around 215 million drivers in the U.S, but a large portion of them still remains uninsured. According to the International Rescue Committee (IRC) there were 32 million uninsured motorists as of 2019. This number makes 1 in 8 drivers or 12.6% of all drivers uninsured. 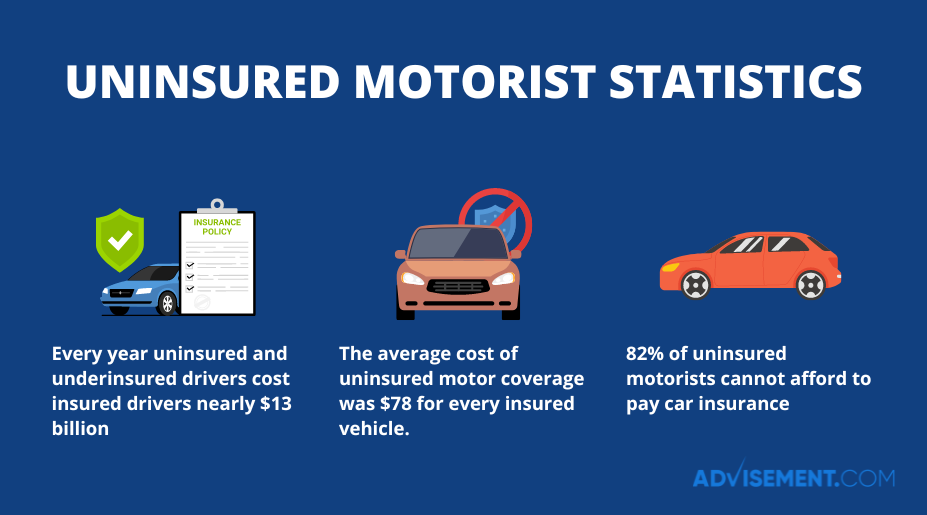 According to IRC vice president David Corum, uninsured drivers are only raising the cost of insurance for those who are following the law and following their state’s auto insurance requirements. Corum stated that such a thing is not fair and it is keeping insurance rates at a higher price.

Percentage of uninsured drivers by state

Mississippi resulted to be the state with the highest percentage of uninsured motorist rates, according to 2019 statistics. Over 29% of all drivers in Mississippi are uninsured. This was then followed by Michigan which had 25.5% and Tennessee with a 23.7% of uninsurance rates.

The states with the lowest percentage of uninsured motorists were New Jersey, with 3.1%, Washington with 3.5% and New York with 4.1% of drivers being uninsured. There have been many shifts in insurance coverage over the years. This coverage also depends on the state of the driver. 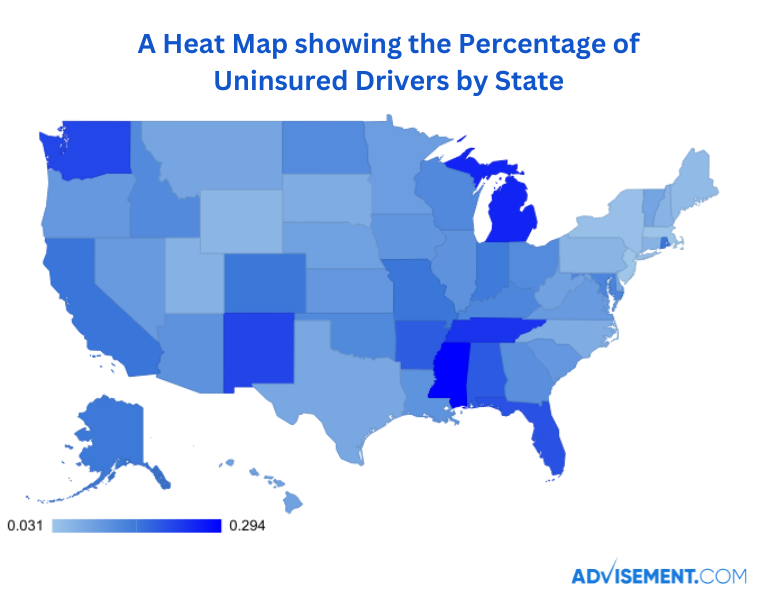 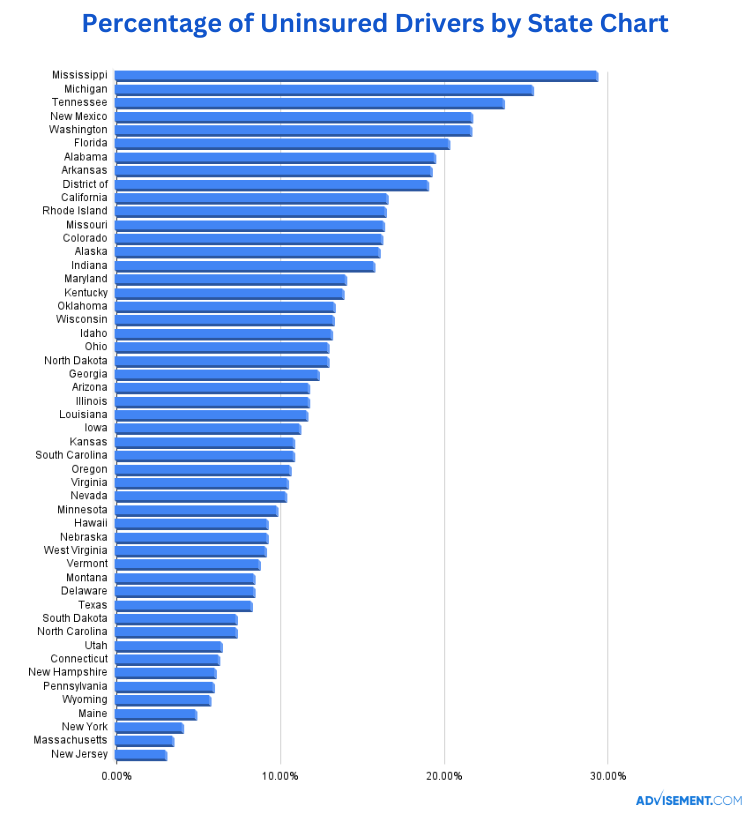 Most U.S. states do not require uninsured motor coverage. There are only 21 states that currently require this kind of coverage. The amount of money that is required for auto insurance coverage varies by state. Some states, for example, require only property damage coverage, while others require bodily injury coverage.

Uninsured/underinsured motorists can be especially problematic for people who have bodily injury claims but not physical damage claims. When this happens, the injured parties may not be able to recover compensation for their injuries, even though they were hurt by an inadequate driver.

These statistics can help inform you about under-served areas of insurance coverage in the marketplace. They can also help raise social consciousness about laws that are designed to protect consumers from uninsured drivers.