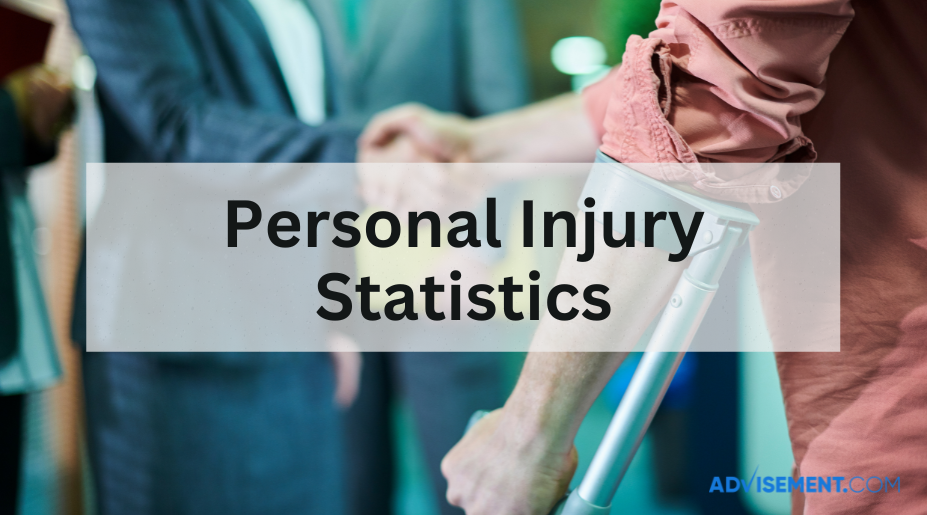 A personal injury happens when someone is harmed (physically, financially, or emotionally) as a result of the negligence of another. A frequent example is when someone is hurt in an automobile accident caused by a drunk driver. In some cases, the pain and suffering go beyond what vehicle insurance can cover, and the damages frequently appear immeasurable. It is the role of a personal injury lawyer to assist in determining who is accountable and what the sufferer is due. Unless you’re a lawyer, there’s probably a lot about personal injury lawsuits you don’t know about until you’re involved in one.

According to the United States Department of Justice’s Bureau of Justice Statistics, 60 percent of the 26,928 real property, contract, and tort trials in 2005 involved some type of bodily harm. It was also discovered that over 7,000 personal injury lawsuits were tried in the state courts of our country’s 75 most populous counties.

Distracted Driving: One of the reasons that automobile accidents account for so many personal injury lawsuits is distracted driving caused by phones. Car accidents have increased in recent years, with the usage of mobile phones playing a significant role.

Pedestrian accident Statistics: In the United States in 2017, 5,977 pedestrians were killed in automobile accidents. That equates to one death every 88 minutes.

Drones: As the usage of drones gets more popular, so does the number of drone-related injuries.

Work Injury Statistics for the US

The United States Department of Justice also emphasized the nature of personal injury claims, which offered genuine clarity on the similarities of various instances. They discovered:

The remaining 28% of instances were classified as “other.” This demonstrates the wide range of personal injuries that might occur. It also emphasizes the relevance of traffic accidents.

Cases that went to trial

The study by the United States Department of Justice then examined the outcomes of cases that went to trial. Surprisingly, plaintiffs prevailed in around half of the cases. There were also significant changes based on the sort of tort case heard. As an example:

Surprisingly, judges appear to be more likely than juries to trust the plaintiff (56 percent) (51 percent).

Amount of damages that were paid

However, these numbers are relative, owing to the fact that the amount of damages actually paid out is what most people are concerned with. The US Department of Justice also issued a report on this, which is as follows:

These findings highlight two key points. For starters, cases that are rarely litigated have greater awards. Second, instances with a higher level of damage or possibility for injury pay out more.

Finally, the analysis demonstrated that the judicial procedure for those personal injury claims that would get to trial was extremely protracted. Again, there were significant changes based on the kind of instance. As a result, the average for:

As a result, it was discovered that the litigation were unusually protracted. Furthermore, as compared to other sorts of cases, the trial itself would be lengthy. The average physical trial time was shown to be:

Finally, medical negligence is thought to be responsible for the deaths of around 98,000 people each year. This demonstrates how many unintentional injuries and fatalities occur in USA each year. As a result, responsibility is frequently contested in these situations. When this occurs, a personal injury claim or other type of litigation may be required.