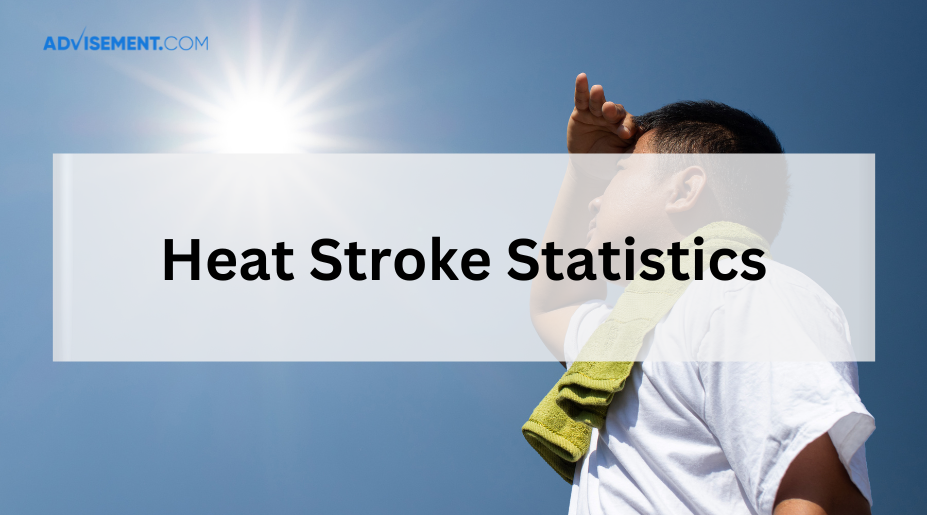 More than 1,300 people die from heat-related illnesses in the United States each year. Most of these deaths occur among people who aren’t being treated for chronic medical conditions, but anyone can succumb to heatstroke if they are exposed to high temperatures for too long in a hot environment.

This article looks at heat stroke statistics gathered from the Centers for Disease Control and Prevention, the United States Environmental Protection Agency, and the United States Department of Health and Human Services.

A heat-related death occurs when the core temperature of the body reaches 104 degrees Fahrenheit or 40 degrees Celsius or higher, according to the Centers for Disease Control and Prevention (CDC). This can happen when someone stays in a hot place for an extended period of time without taking steps to cool down.

To be considered a heat-related death, a person must have died from hyperthermia and have been exposed to high temperatures for an extended period. If a body has been found in a hot area, but there are no other suspicious circumstances surrounding the death, it may still be considered heat-associated.

If a person dies after being exposed to extreme heat for only a short time, such as working on a construction site during peak summer months, they would not be considered a heat-related death by most coroners or medical examiners.

Deaths From Heatstroke By Year 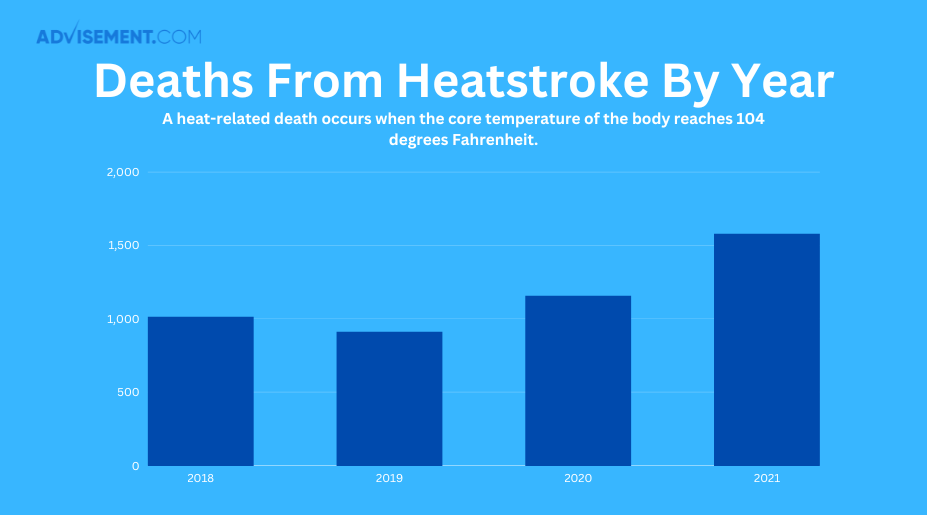 Oregon had 132 deaths in 2021 alone, ranking third for the state with the highest heat-related death. Michigan had the lowest death rate in the nation with only 11 people killed because of heatstroke.

Deaths From Heatstroke By state

Seniors have the highest likelihood of experiencing a heat-related death. The rate is higher for older adults over the age of 85 with 0.98 per 100,000 people according to statistics between 2018 and 2021.

In 2015, there were 463 cases of severe hyperthermia among children who were less than 18 years old in California alone; 71 percent occurred during summer months when temperatures were high.

Deaths From Heatstroke By Age 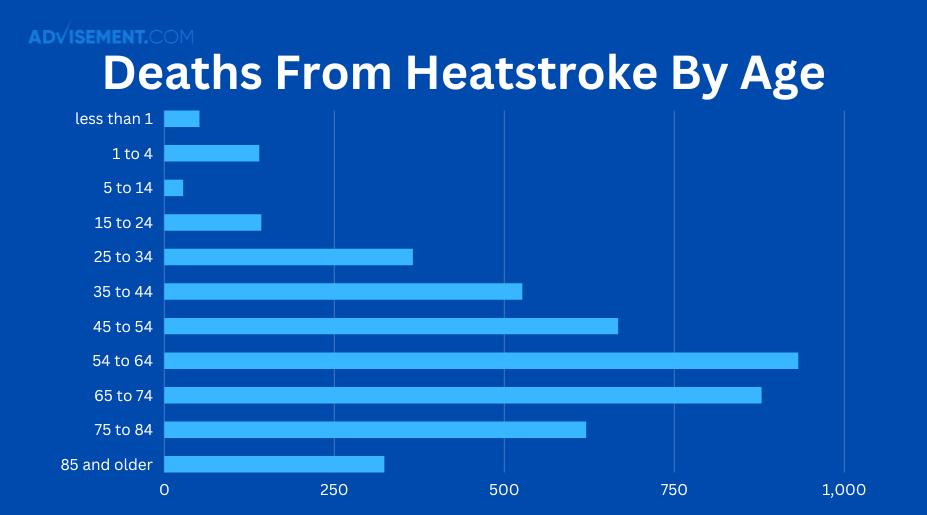 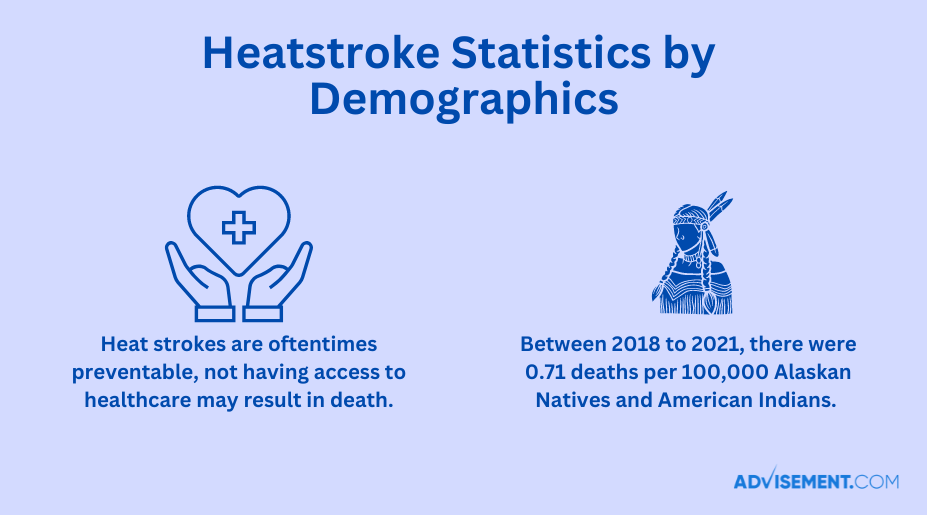 Household income plays a big role in the likelihood of someone experiencing a heat stroke. Since low-income households are often concentrated in a smaller area, it creates a pool of heat surrounding the location.

This is the leading cause of why heat stroke is more likely to occur in low-income neighborhoods. Low-income households also have less access to health care. Even though heat strokes are oftentimes preventable, not having access to healthcare may result in death.

In general, when it comes to heatstroke symptoms, more goes unexplained than not. Heatstroke is a very serious condition, and the symptoms will differ depending on the individual, their health, and how they were exposed to the heat.

Being aware of the risks that come with spending too much time in the sun is important, so it’s good to know how many people are affected every year by heatstroke. Also, recognizing the signs and symptoms of heatstroke can help you avoid it yourself. While most cases of heatstroke can be avoided if you’re careful, there’s no guarantee that you’ll never experience this condition—so understanding what to do when you see the signs is crucial.