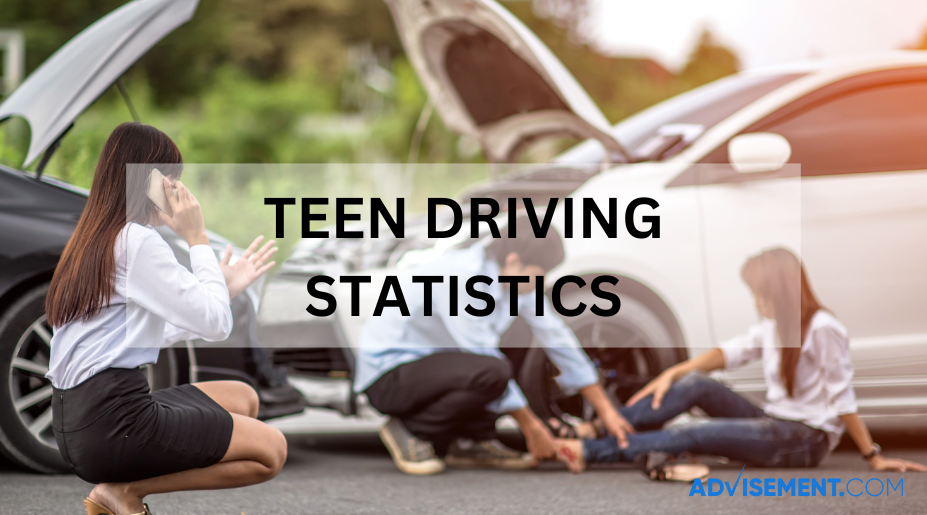 About 7 teens are killed daily in the United States in car-related accidents. Hundreds more are severely injured and treated in the emergency department. Teens ages 15-20 make up 7.8% of all traffic fatalities in the U.S. According to statistics, teen drivers are prone to get involved in car accidents due to a lack of driving experience and being more irresponsible than other age groups.

The following data and statistics are taken from the Centers for Disease Control and Prevention, the Insurance Institute for Highway Safety, and the National Highway Traffic Safety Administration.

This information is based on data available from the National Occupant Protection Use Survey, the Youth Risk Behavior Survey, the National Household Travel Survey, and the Insurance Institute for Highway Safety. 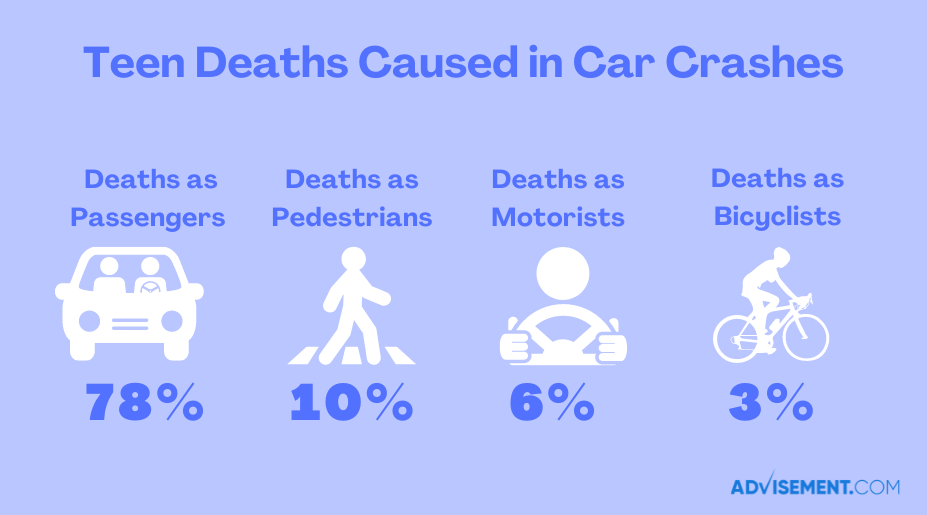 Teens are more likely to lose control of their vehicle when compared to other age groups. This is strongly tied to a lack of experience and the inability to quickly identify dangerous situations.

Teens also are inexperienced when it comes to quick decision-making and driving reflexes which also increases their risks of getting involved in a car accident.

Teens drive faster when compared to older age groups. A 2019 study found that 31% of male and 17% of female teens who were involved in fatal car accidents were speeding.

Teens have the lowest seat belt use rates. A study held between 2016 and 2019 revealed that only 87% of teen drivers wore their seat belts during driving. Whereas in other age groups, that number was 90% or higher. Almost half of the teen drivers that were killed in fatal car accidents were not wearing a seatbelt.

Distractions like talking or using the phone while driving significantly reduce driving performance. According to a 2019 statistic, 39% of teen drivers had texted or used their phones while driving in the last 30 days.

Drunk driving remains one of the leading causes of fatal car accidents for teens. Teens are more prone to getting involved in a crash after consuming alcohol, even with lower BAC levels.

Marijuana is the second most common substance after alcohol is used by teen drivers. The drug has negative effects on decision-making, judgment, and motor coordination.

About 13% of teen drivers admitted to using marijuana while driving in the last 30 days. When alcohol and marijuana are combined, it significantly increases the risk of a vehicle crash.

Most dangerous driving days and times for teenage drivers

Nighttime and the weekend are the riskiest times to drive for all drivers no matter the age group. A survey held between 2016 and 2017 showed that teens ages 16-19 were 3 times more likely to get involved in a crash while nighttime driving than adults ages 30-59.

The most fatal hours for teen drivers were 12 am to 3 am, while the most fatal days were Friday, Saturday, and Sunday.

Teen driving vehicle deaths by the day of the week (2019) 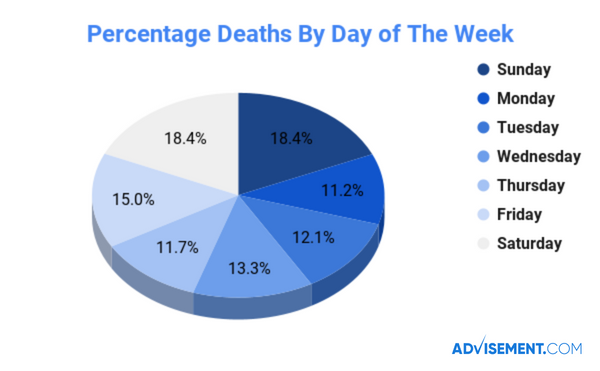 Teen driving vehicle deaths by the time of day (2019) 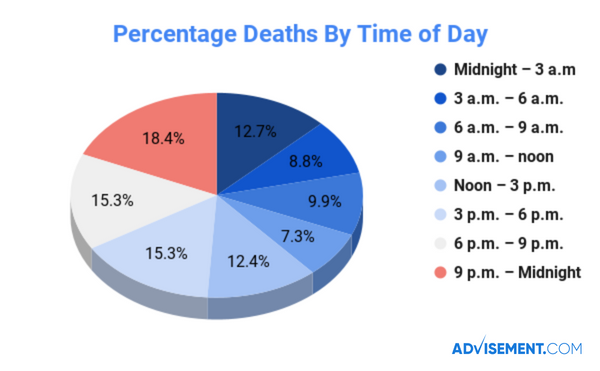 Texas ranks first place for the most number of teen driving deaths, with a total of 651. California takes second place with 467 deaths. Teen males are also 2x more likely to get involved in these deadly car crashes than females. 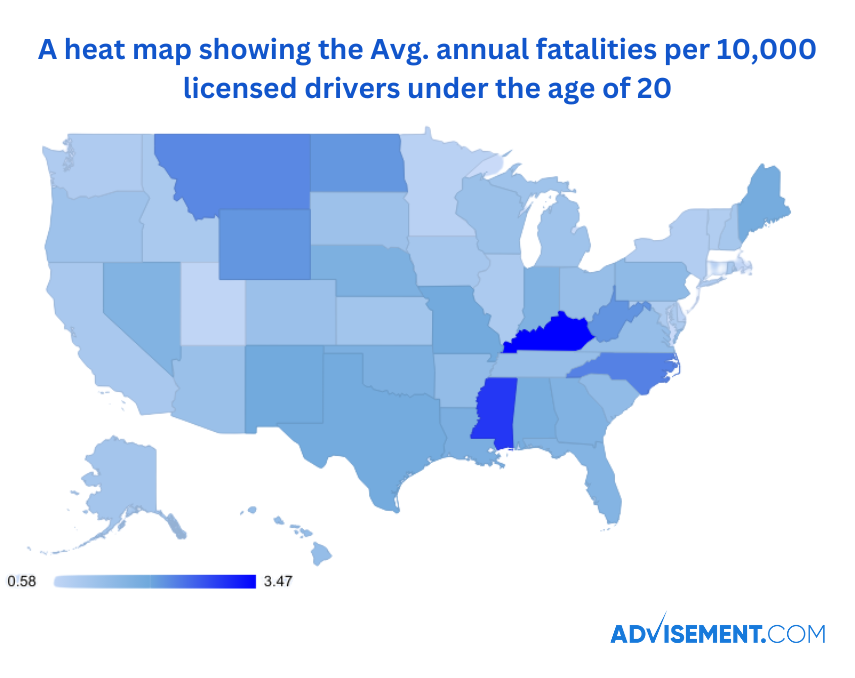 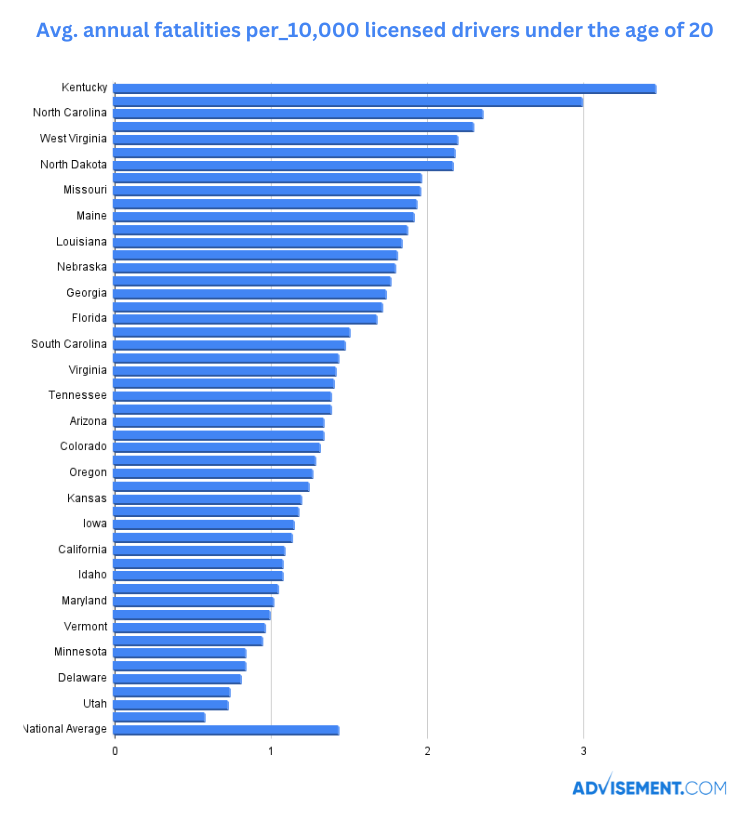 While the best defense against teen driving accidents is remaining vigilant, parents are also encouraged to get involved with their child’s driving education and make sure that their teens have access to the best driver training and driving education possible. While driving is a privilege and not a right, it’s also not intended to be a dangerous activity.