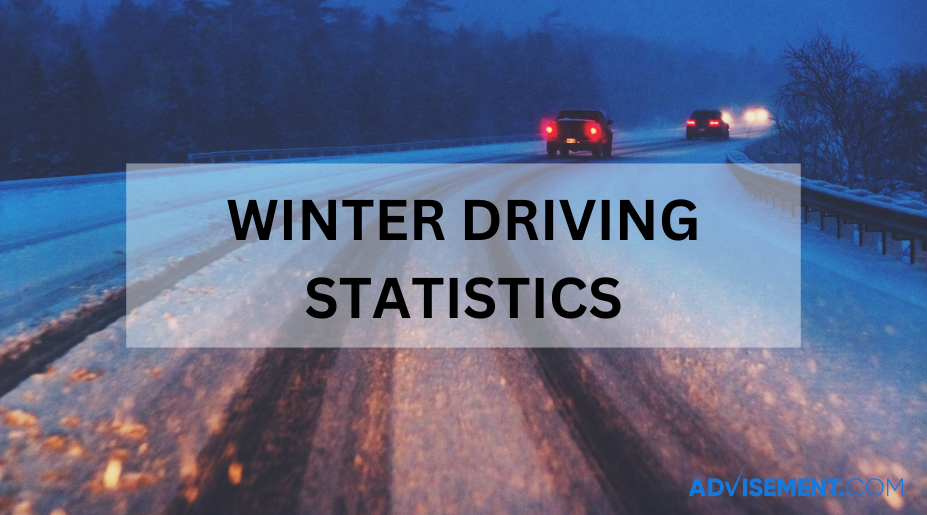 Nearly 70% of the U.S. population lives in regions that receive an average of 5 inches (13 cm) of annual snowfall. Snow and icy roads reduce pavement friction which leads to an increase in traffic fatalities.

According to statistics, people slow down their arterial speeds up to 40% on snowy pavements. Freeway speeds, on the other hand, tend to get reduced by 5% to 40% in heavy snowfall and 3% to 13% in light snowfall.

This article has compiled the most recent winter driving data from sources including the NHTSA, FHA, USDT, AAA, and the Weather Channel to bring awareness to the dangers of driving on snowy, slushy, and icy roads.

How dangerous is it to drive during winter?

The winter season is responsible for 17% of all car accidents. An average of 1,836 people die and 136,309 people are injured each year from driving on snowy and icy roads.

Cold weather also costs the state more than 2.3 billion dollars to clean and maintain. Roads that are cleared and covered in salt decrease the number of car accidents on that road by up to 93%.

Black ice is one of the leading causes of winter driving accidents. Due to it being transparent, black ice is difficult to spot with the human eye, especially while driving. Another common cause of winter driving accidents is damp sleet that makes roads slippery to drive. Sudden heavy snowstorms can also increase the risk of car crashes as they often affect the drivers’ road visibility.

The information in this text is based on statistics available from Ice Road Safety, NBC News, and ABC News

According to Ice Road Safety, Ohio ranks first place as the state with the highest number of winter car accident deaths, with an average of 86 deaths per year. While the Midwest is considered the region with the snowiest and iciest road deaths.

Winter has also seen some of the biggest car accidents taking place. In December 2021, Minnesota saw 261 car crashes in a single day. Only 26 people were injured from the fatality, and no deaths occurred.

Two months later, in February 2021, around 40 cars were involved in a pileup crash in Iowa. Many people were injured but none of these injuries resulted in death. What caused such a big car pileup were blizzard-like conditions accompanied by icy roads.

The following statistics show the winter driving traffic fatalities by state between 2013 and 2017: 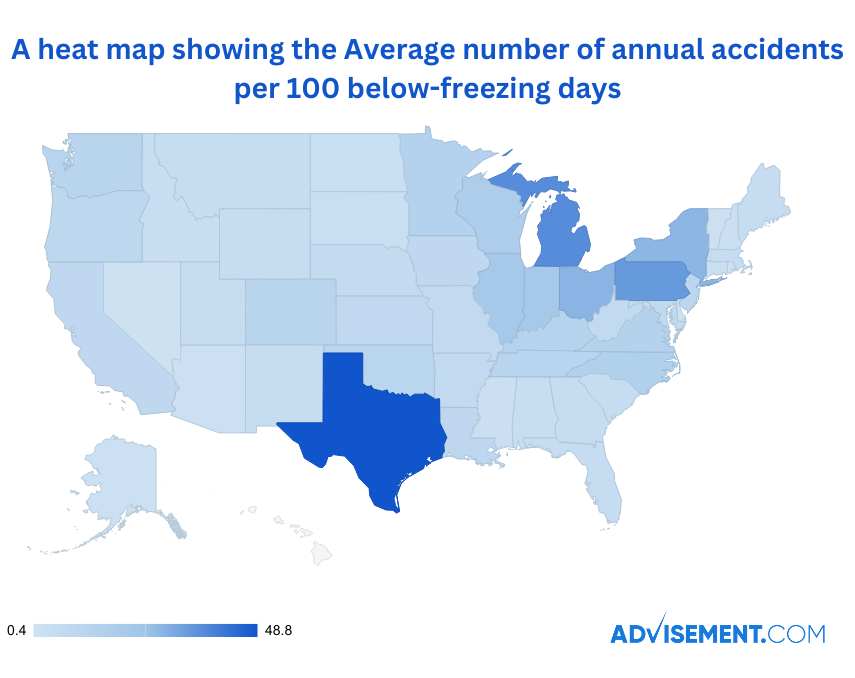 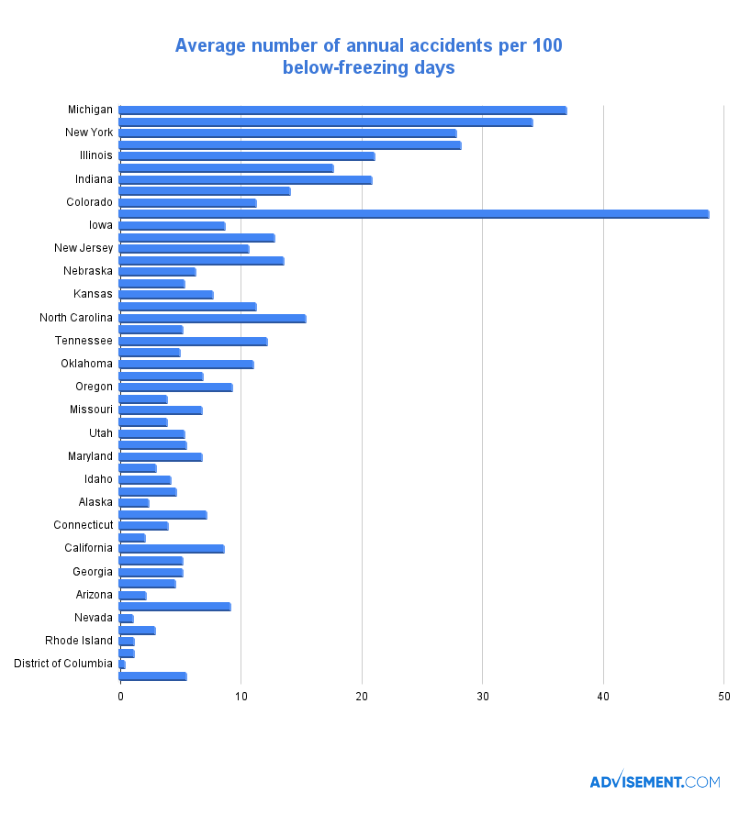 Road condition statistics during the winter

The following information is based on the American Automobile Association and the Federal Highway Administration.

A: Summer is the season with the most car accidents. When compared to the winter season, summer results in 29% more deaths in car accidents. One of the factors why more accidents happen in summer is because 20% more miles are driven than in winter.

WA: Snow causes the pavement to be more slippery, making it easier for drivers to lose control of their vehicles. Another reason why snow causes more accidents is that it reduces road visibility.

A: Snowy and icy roads continue to remain the leading cause of winter car incidents. Other causes include foggy weather, heavy rain, and drunk driving.

Always be updated with the latest winter advisory warnings before preparing to drive. Carrying emergency supplies during the winter will help in hazardous weather situations. Items that are recommended to keep in your vehicle during the cold are:

Winter driving is always dangerous, and can be more so when familiarity with the conditions is lost. The best way to ensure a safe journey during the snow season is by remaining conscious during the drive.

This includes keeping extra supplies in the car for emergencies and getting the proper training on how to handle adverse weather conditions.