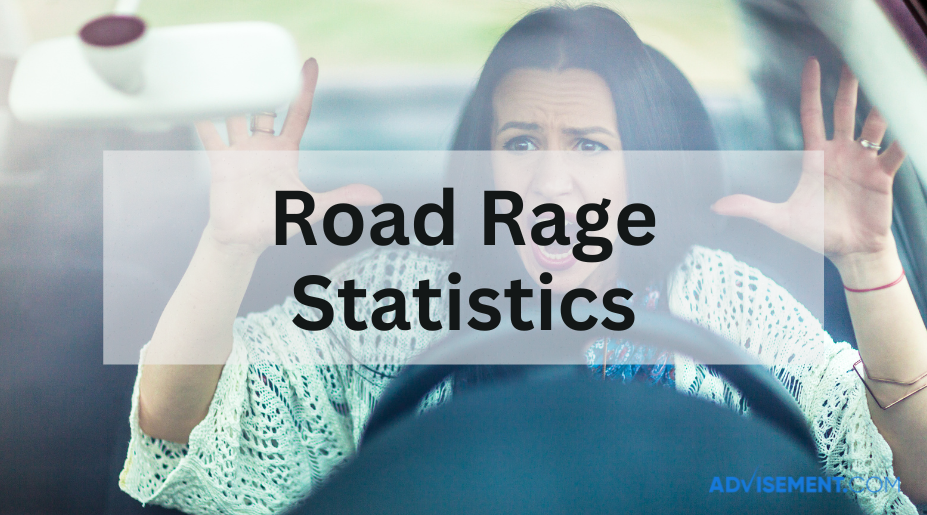 Road rage is caused by drivers expressing extreme aggression with the intent to cause verbal and physical harm to their surroundings. The term road rage gained massive popularity during the 1990s when cases of extreme aggression and anger while driving started trending throughout the United States. Today, many states consider road rage a criminal offense.

This article has collected the most up-to-date statistics from various sources including the National Highway Traffic Safety Administration (NHTSA), the American Automobile Association, and the American Psychological Association to spread awareness of road rage.

Aggressive driving involves reckless behavior such as speeding, tailgating, and blocking another vehicle from passing through. Road rage is linked to more extreme behavior that directly puts other drivers at risk. A good example of road rage is forcing another vehicle off the road. Around 2% of drivers admit to having attempted to force another driver off the road at least once.

The table below shows the differences between aggressive driving and road rage: 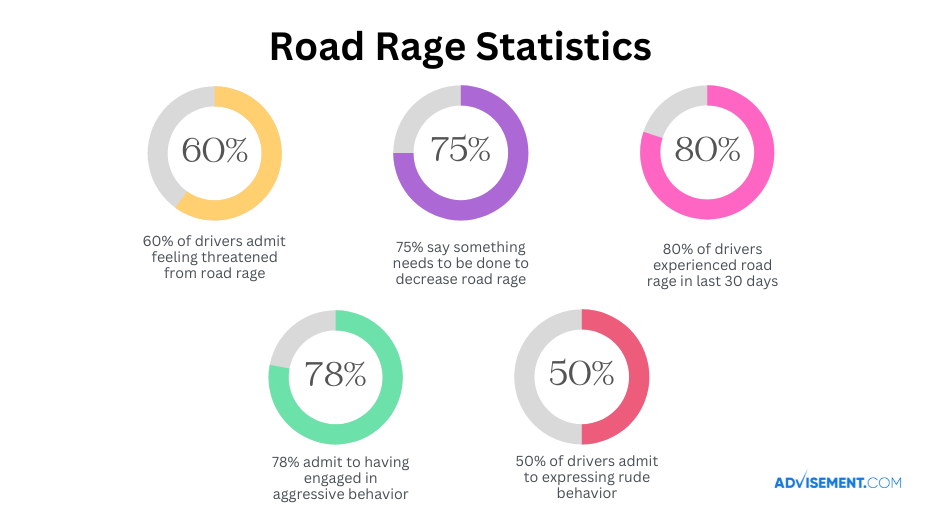 This data is taken from the American Automobile Association, the Auto Insurance Center, and the National Highway Traffic Safety Administration.

According to the NHTSA, about 60% of drivers admit to their families feeling threatened and unsafe from road rage. While more than 75% say that something needs to be done to decrease the amount of road rage that occurs in the U.S.

Males are more commonly involved in road rage according to a study conducted by the American Automobile Association. Almost 30% of female drivers admit to having followed other drivers closely on purpose. This number went up to 37.7% for male drivers. 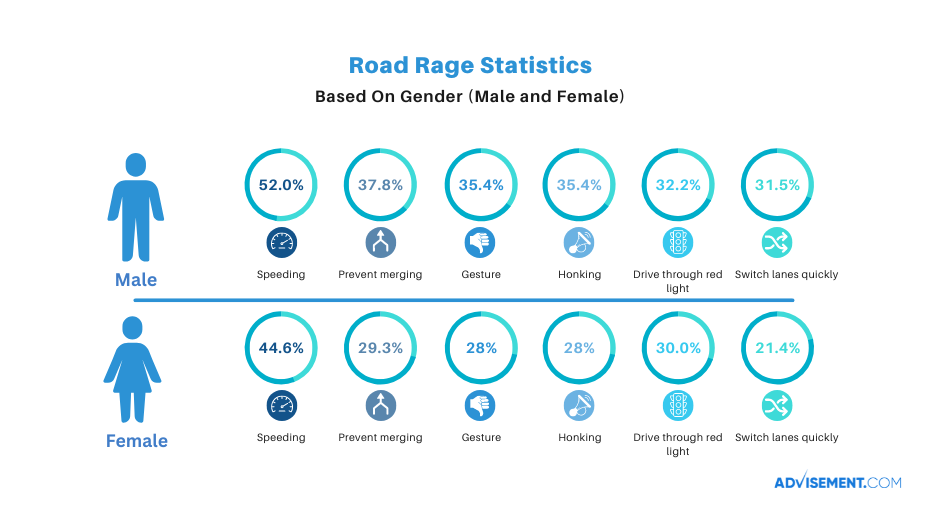 Statistics confirm that a major cause of road rage has to do with the age of the driver. It was found that different age groups were more likely to get involved in certain types of road rage.

According to the American Automobile Association, millennials (ages 25-39) were most likely to get involved in all types of road rage behaviors. While Older Gen z (ages 19-24) were more likely to harass other drivers and intentionally hit other vehicles. 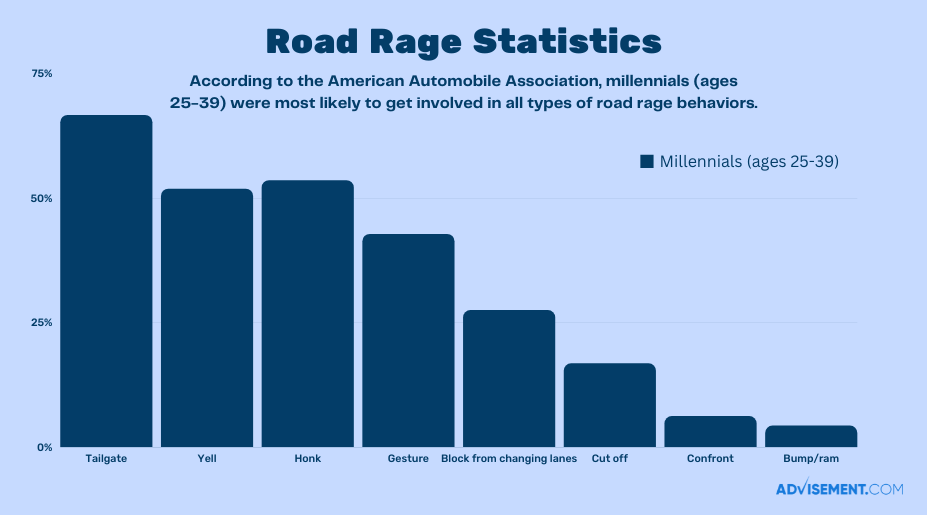 This data is taken from the American Psychological Association, the Auto Insurance Center, and the National Highway Traffic Safety Administration.

Almost 50% of all victims involved in road rage express that they feel enraged. This leads them to want to take revenge, which is what makes road rage so contaminating and dangerous.

Certain factors may increase road rage behavior. These factors include:

The NHTSA reveals that several factors push drivers to commit road rage such as:

Q: How many fatalities occur because of road rage each year?

A: An average of 1800 people are injured and 31 are killed annually because of road rage according to SafeMotorist.

Q: How many accidents happen because of road rage?

Q: What is the most common road rage behavior?

A: Expressing rude behavior is the most common road rage. 48.3% of road rage was linked to drivers honking their horns excessively.

Q: Is road rage getting worse?

A: Yes. Road rage is trending significantly with a 98% increase in injuries caused by road rage violence from 2017 to 2021. Most of this is caused by gun violence while driving.

The majority of people in the U.S. attribute this violence as a part of everyday life on the road and, therefore, it is difficult to be avoided. But with the increase in aggressive driving, police enforcement, public awareness campaigns, and public opinion has now shifted considerably and there is more that needs to be done to prevent road rage from happening.

We’ll never know when a confrontation might occur on the road, but by steering the wheel of our vehicle according to the rules of the road – and avoiding aggressive driving – we can minimize the chances of a confrontation ever taking place.