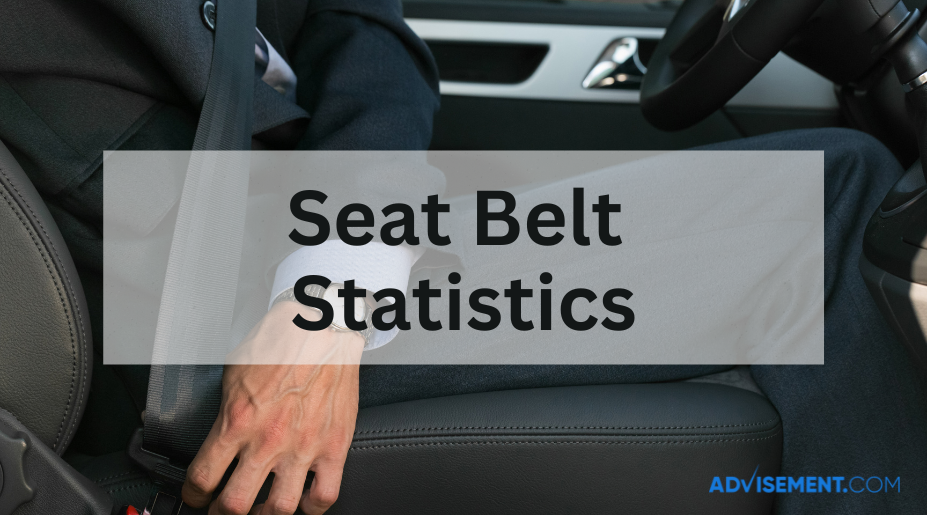 The data and statistics in this article have been compiled from trusted sources including the National Highway Transportation Safety Administration, the Insurance Institute for Highway Safety, the National Safety Council, and the Centers for Disease Control and Prevention.

How many people are killed from not wearing seat belts? 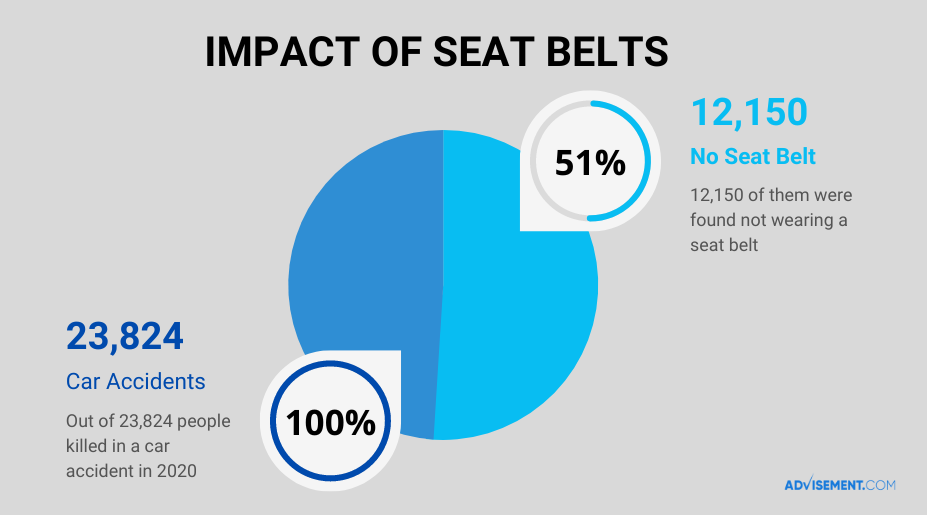 This data is taken from The Zebra and the National Highway Transportation Safety Administration.

People who chose not to wear a seat belt have a mortality rate of 47% or higher according to The Zebra. This makes it extremely critical to wear a seatbelt for both drivers and passengers alike. Many drivers see seat belts as an added vehicle safety feature even though almost all 50 states require wearing a seat belt by law. 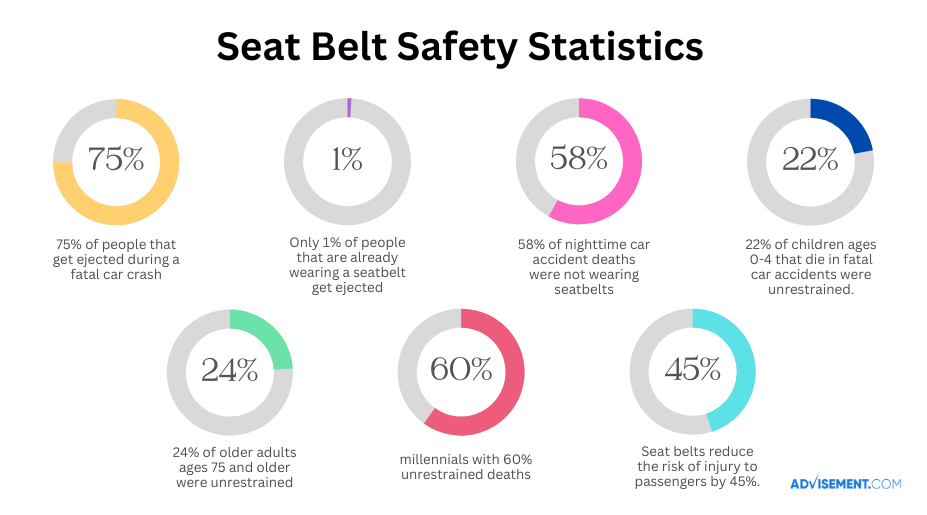 The following statistics are based on VirtualDrive, the Naval Safety Center, and NHTSA.

Seat belt use by demographic 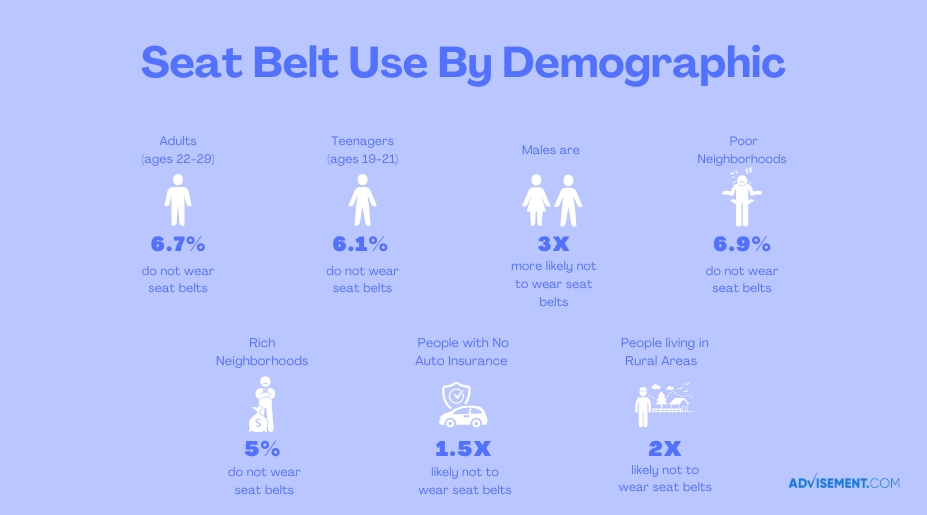 The following data is taken from the Agency for Healthcare Research.

Seat belt use by state

This 2019 chart shows the percentage of unstrained fatalities during the daytime in all 50 states: 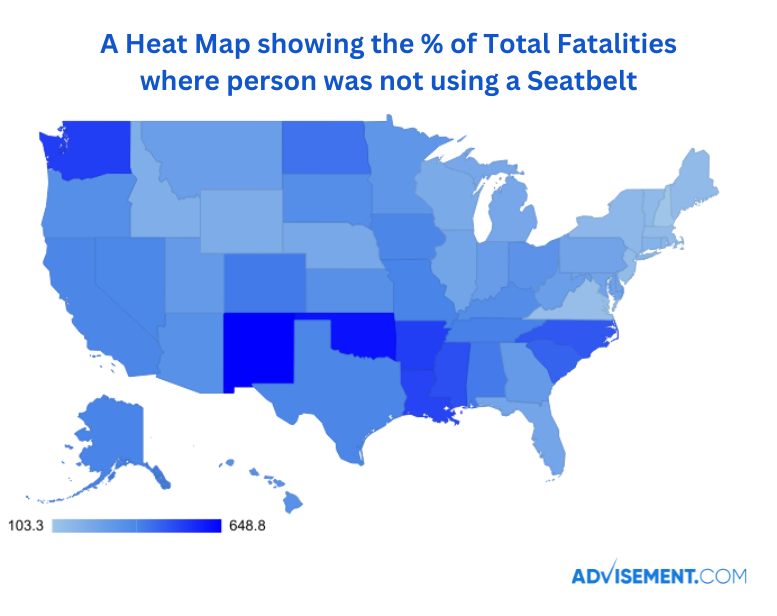 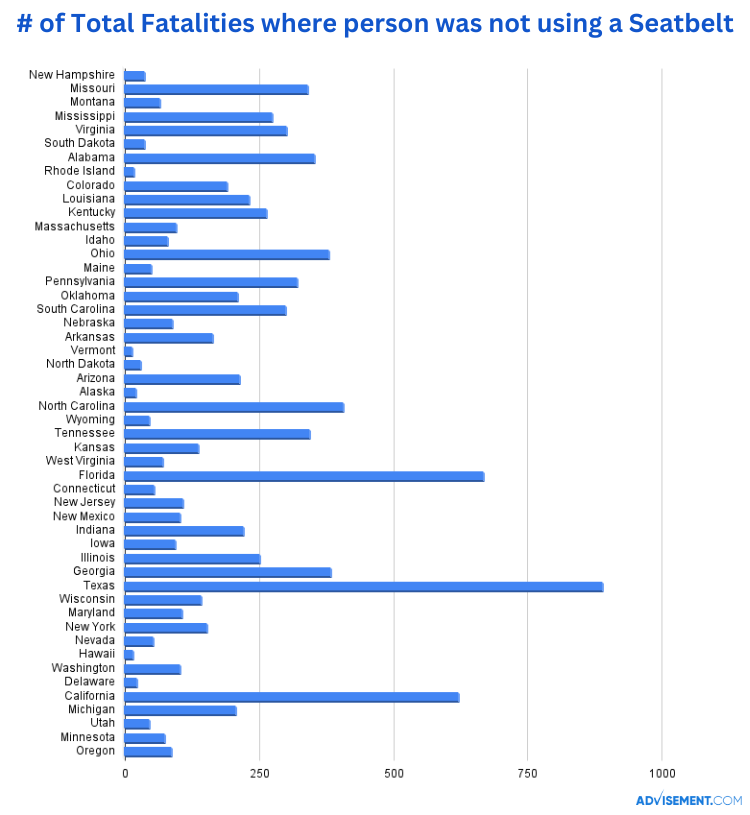 Can seat belts be life-threatening?

Seatbelts might sometimes make it harder to get out in the event of a car accident. But they remain more likely to save you from hitting your head or getting severely injured in a car crash.

How effective are seat belts?

When used correctly, seat belts reduce the risk of getting severely injured in a car accident by 50%.

How many lives do seatbelts save annually?

Seatbelts save an average of 15,000 lives per year in the United States.

Statistics suggest that seat belts are one of the most effective safety measures on our roadways. They have been statistically proven to save thousands of lives each year.

Not only have they been proven to work, but they are very easy to use and wear, which has led to greater seat belt usage across the world. Overall, they are the single best method of reducing injury and saving lives in a car accident.