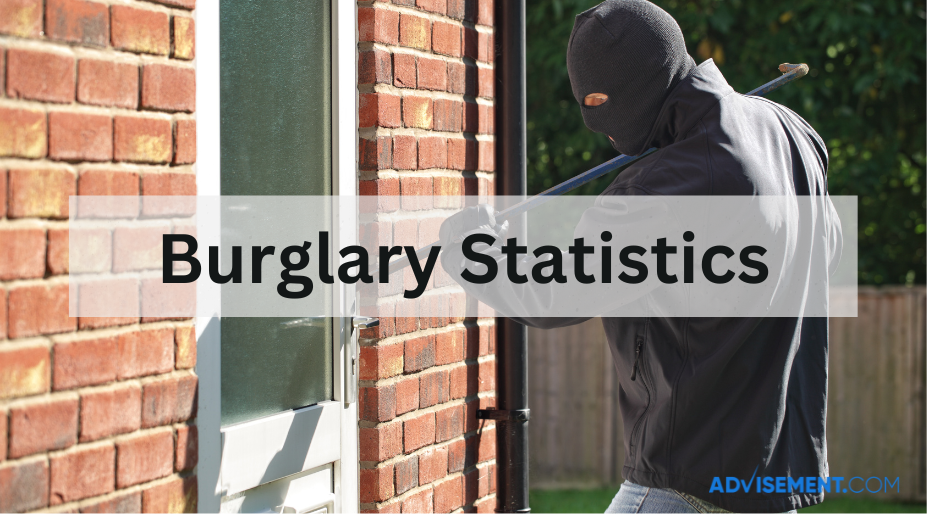 About 2.5 million burglaries happen annually in the U.S. According to the United States Department of Justice, 50% of these burglaries are forced entry home invasions. While these might seem like frightening numbers, these rates are at a drop when compared to recent years. This is mainly thanks to the advancement and affordability of security systems.

This article used federal data from the Bureau of Justice, the American Society of Criminology, the Pew Research Center, and the FBI’s Criminal Justice Information Services Division to show the trends of burglary across the United States. 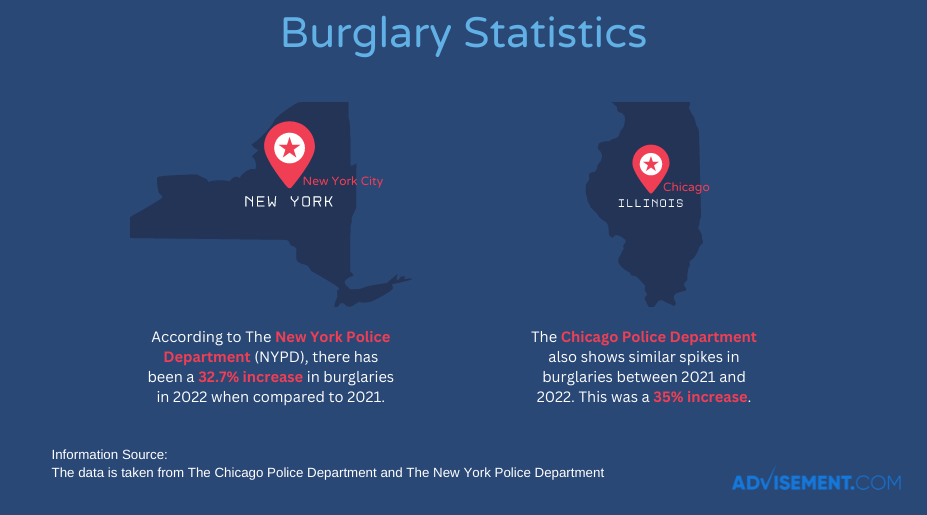 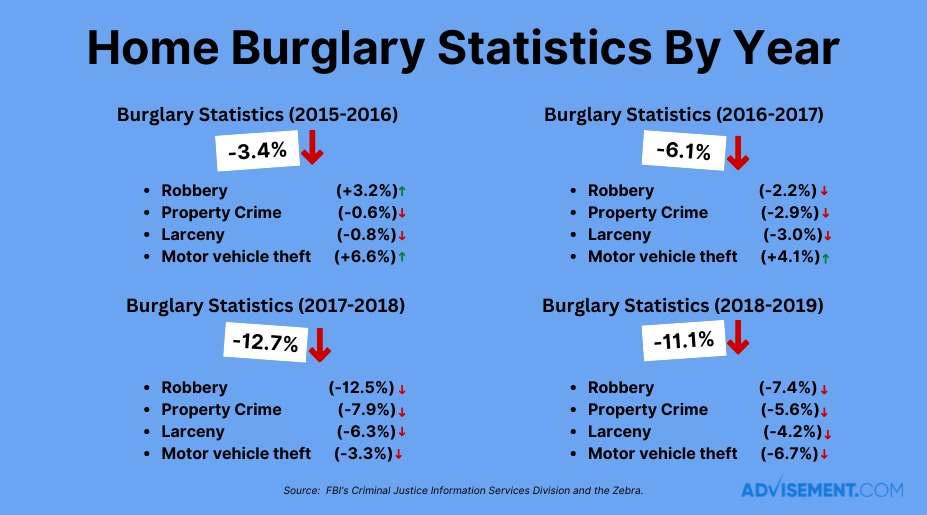 The following statistics are taken from the FBI’s Criminal Justice Information Services Division and the Zebra.

This information is taken from Statistica, the Zebra, and the FBI’s Criminal Justice Information Services Division.

A study conducted by the FBI also found that the number of burglaries in 2019 had dropped in all regions of the country when compared to a year prior: 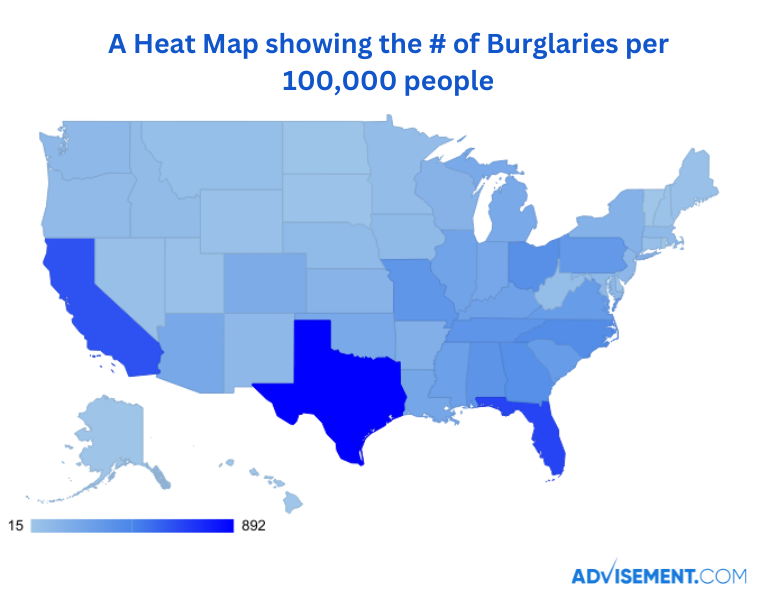 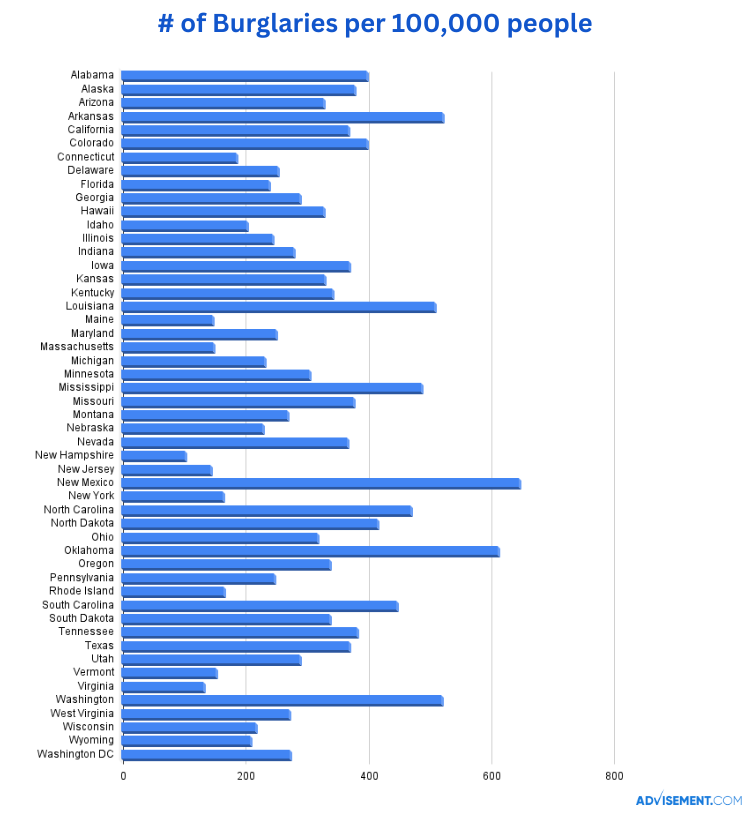 Q: Which houses do burglars avoid?

A: Burglars usually avoid two-story homes and homes with dogs. Two-story homes tend to have cash and jewelry upstairs. This makes it harder for burglars to steal them. Dogs are also a concern for burglars as it increases their chances of getting caught.

Q: How many people get burgled a year?

A: According to the FBI, more than 1 million people get burgled annually. In fact, a new burglary occurs every 26 seconds in the United States.

Q: Do burglars carry a weapon?

A: One common belief is that burglars wear masks and carry weapons. But most of the time, that is not the case. Only 7% of burglars carry a weapon with them when entering a house. But this number isn’t completely accurate as it covers only the cases where people didn’t confront their burglar.

Q: What percentage of burglaries happen during the day?

A: 62% happen during the daytime. Mainly when people at home are off to work.

These statistics are taken from The FBI’s Uniform Crime Reporting (UCR), the US Department of Justice, the Bureau of Justice Statistics, and Statistica.

Statistics around the time when burglaries occur 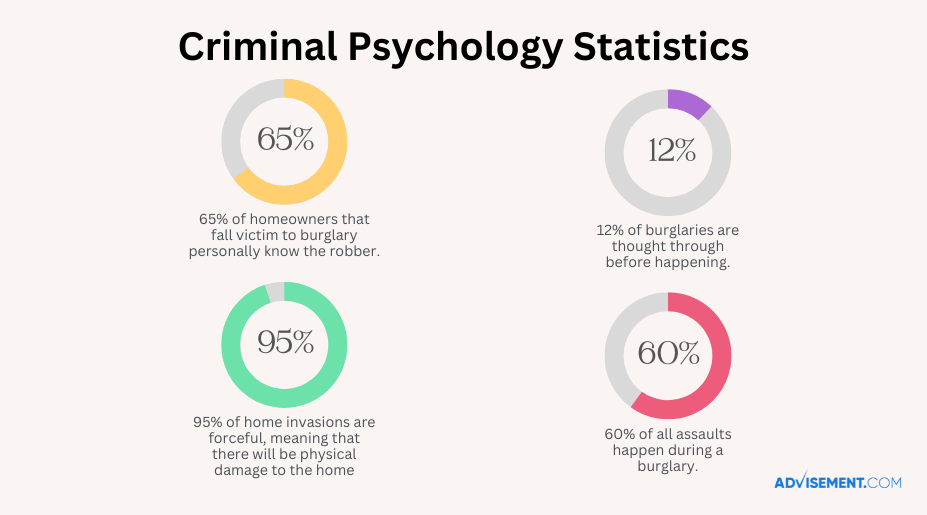 As you can see, burglary does happen, but it’s not something that a normal homeowner has to worry about. Burglaries are mostly likely in poorer areas, and if you live in a one-story apartment complex or if your door or window is unlocked during the day or night, then you are at higher risk.

Certainly, be mindful of your surroundings while walking to your car and before going to bed at night!